Living with Endometriosis: Believe and Tri 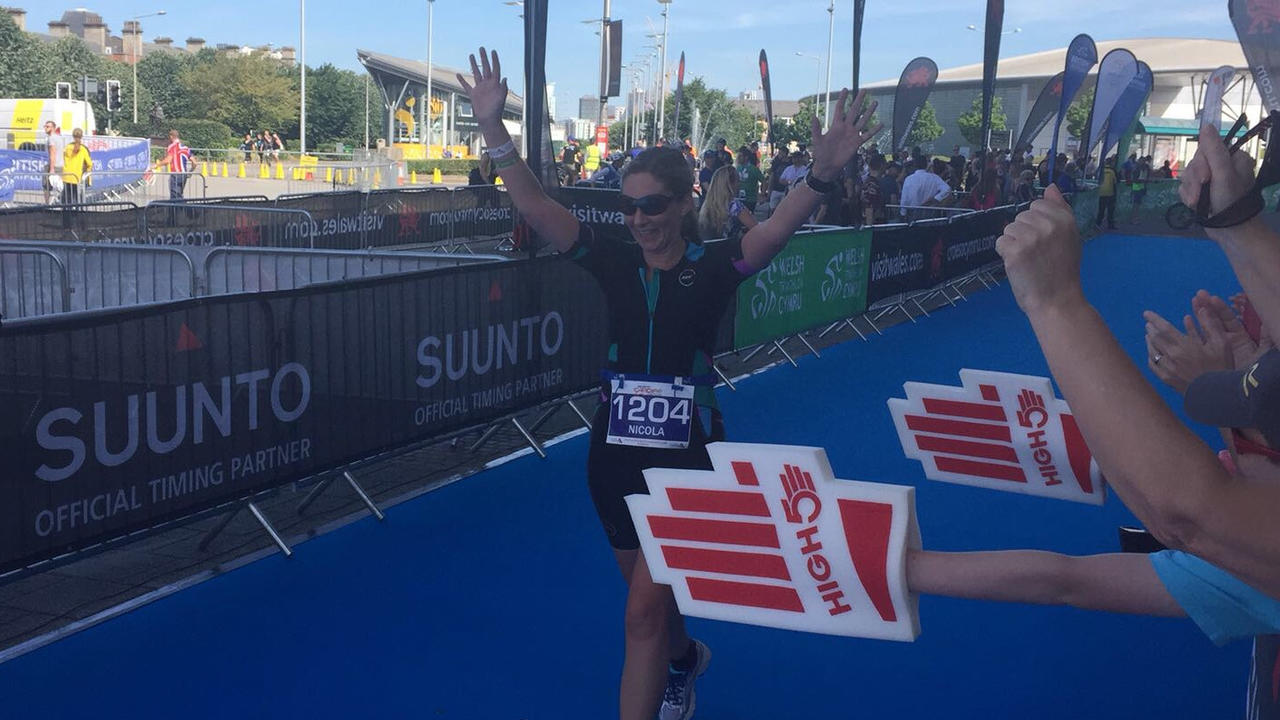 I’m really glad to be able to bring you this fantastic, painfully honest blog by an inspiring Endometriosis survivor and triathlete. I was lucky enough to work with her on her journey back to sport and fitness following surgery. She never failed to inspire me with her grit, determination and gentle self-care. At the end of the day you can’t force your body into behaving a certain way, it has to be guided, cajoled and gently pursuaded. That can be frustrating, but she shows us how with gentle self-care and perserverence great things can be achieved. I’m really looking forward to reading more as her training progresses – you can HERE. And while you’re at it, if you have a few spare pennies please sponsor her Olympic Triathlon in June!

My journey has been a bit of odd one really.  I’ve had all the usual stuff of painful heavy awful periods in my teens but was on the pill from 16 which kept things sort of under control.  I was actually really ill in my mid 20s and after a couple of years of the most awful pain I was diagnosed with Crohn’s Disease.  It was only when I was rushed into hospital with a near perforated bowel that the GP believed that it wasn’t IBS!! I had a really big bowel surgery where I had part of my diseased bowel removed in 2002.  When they were doing tests on this they actually found endometriosis on the part of the bowel they’d removed.  I didn’t even know what endometriosis was and decided to just ignore it.  Crohn’s was awful enough to be dealing with.  A couple years following this I had problems getting pregnant with endo cysts on my ovaries that’s when I started  to understand endo a bit more.  With a bit of medical help I managed to have 2 children both born my c-section.  After the children and the bowel op, I’d been cut open several times leading to quite extensive scar tissue and adhesions.

Since the children my periods were getting worse.  The pain and the heavy bleeding were having a massive impact on my life. I was bleeding 2 weeks out of every 4.  I was also very anaemic and had to have Iron transfusions.  About 5 years ago my pain really intensified.  It started with groin pain which I thought was brought on by over exercise but it never resolved and over the past 5 years I have seen loads of physios and doctors. I’m not sure why I didn’t or nobody did but the connection to endometriosis was never made.  It didn’t seem to be linked to my menstrual cycle in anyway and the pelvic pain was just constant.  The pain was so bad at one point that I feared I was going to lose my ability to walk and end up in a wheel chair.  It was at this really low point that I thought I cannot let this continue.

I was eventually referred to the gynaes and every time I would go there, I would leave even more frustrated, they kept trying to push different hormone treatments on me.  I think the doctors think that hormone treatments are an easy way to treat women but that couldn’t be further from the truth.  I could no longer take the pill and the thought of putting myself in the menopause with those strong hormones I just knew that I couldn’t cope with that.  In the end I opted for the Mirena Coil which I have to say, thank god, I got on really well with and just by stopping my periods it did start to improve my pain.  About 8 months though after I had it fitted, I had an episode that I found really frightening.  The pain was so awful and horrific.  At this point then I knew I needed to take matters into my own hands, do my research and go and see an Endometriosis specialist which I did.  I went to a Spire Hospital and I am lucky enough to live in an area that had Endometriosis specialist surgeon.  I was listed for a laparoscopy and I had it done within a couple of months.  He found extensive Endometrosis on bladder, ovaries, diaphragm and bowels as well as lots of scar tissue and adhesions that made it all worse.  He removed as much as he could.  He couldn’t however take it off my bowel as that would require a bowel surgeon in theatre with him.  The recovery was pretty rough but a year on, I can safely say that I’m so glad I had the laparoscopy.  It has made a big difference to my pain and the Mirena Coil hopefully is keeping the endo that is left under control.   I do not want any more surgery.  If I can cope for another 10 years or so then I’ll be in the menopause which I know doesn’t necessarily mean the endo will be better but I’m hoping anyway.

The main reason why I wanted to tell my story is to highlight two things that have made a huge difference to me and my recovery from pain.  Alongside the surgery these have made my life so much easier.  Firstly specialist pelvic physiotherapy and secondly meditation.

Probably doesn’t sound mind blowing but to me it has been.  After researching a lot on the internet about endometriosis and my severe groin pain, the big thing that stood out was that in the UK we are not offered pelvic physiotherapy unlike the US.  The more I looked into pelvic physio the more I thought that it could help me.  I again found a local specialist (there aren’t many) and from the first appointment, Jilly the physiotherapist, made me feel valued and listened to.  As you all probably know that  the journey with endo and pain are soul destroying especially dealing with the medical establishment.  I came away from that appointment sobbing because I actually felt that she could help me and she did.  We did a lot of work with manually manipulating the pelvic floor.  Turned out after many years of pain that the pelvic floor was in constant spasm.  We all get told as women to tighten our pelvic floor especially post baby but in actual fact having an over tight pelvic floor can cause so many problems as well.  She used acupuncture and massage to help me manage the pain.  She also introduced me to mediation.  Again after so many years of pain, your brain changes and the point of mediation is to relax the brain and body and reduce the pain.  I read that with mediation its not getting rid of the pain as such but it reduces your suffering, it helps retrain the brain and the way it reacts to pain.

The  laparoscopy, mirena coil, pelvic physio and mediation have changed my life to the point that this June I’m taking part in my first Olympic distance Triathlon in Cardiff to celebrate my 40th birthday.  I am not without pain.  There isn’t a day that goes by without me being in pain but I manage it and my swimming, bike and run all help with this by keeping me mentally happy.

I very much doubt this is the end of my story with endo, I do feel like I’m on a ticking time bomb but I’m going to make the most of every day when it is not causing me suffering.

The 3 bits of advice I would give to anyone in my position is to do your research, find your nearest Endometriosis Centre of Excellence and see the right doctors, fight if you have to, secondly again research and find a pelvic specialist physio and make sure they offer the treatment that can help with endometriosis, I would advise to see a woman.  Lastly get yourself booked on a mediation course and then continue to do this at home every day.  It will make a huge difference to your pain levels.  Oh and Epsom salt baths can help ease the pain.

What I find interesting now, is that I no longer suffer with Crohn’s Disease which is really weird.  I’ve been off all medication for around 6 years and do not have any issues apart from the occasional upset.  I’m wondering if the Crohn’s and Endo are linked in some way? I can’t help but think what if it was never Crohn’s in the first place but always the endometriosis but surely the doctors couldn’t have made such a big mistake? Or I’m just unlucky to get both!!

Mindfulness for Health: A practical guide for relieving, reducing stress and restoring wellbeing – by Vidyamala Burch and Dr Danny Penman 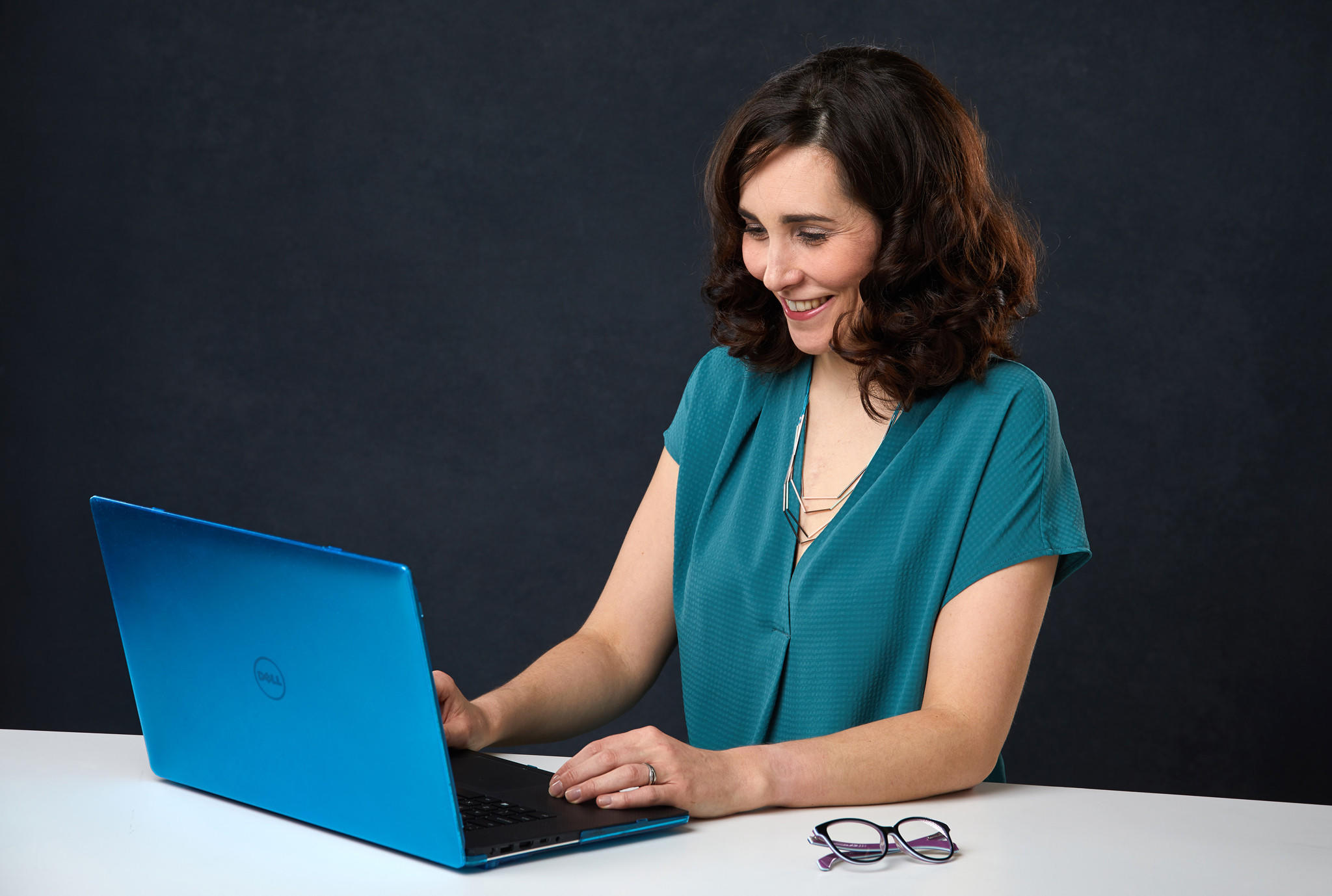